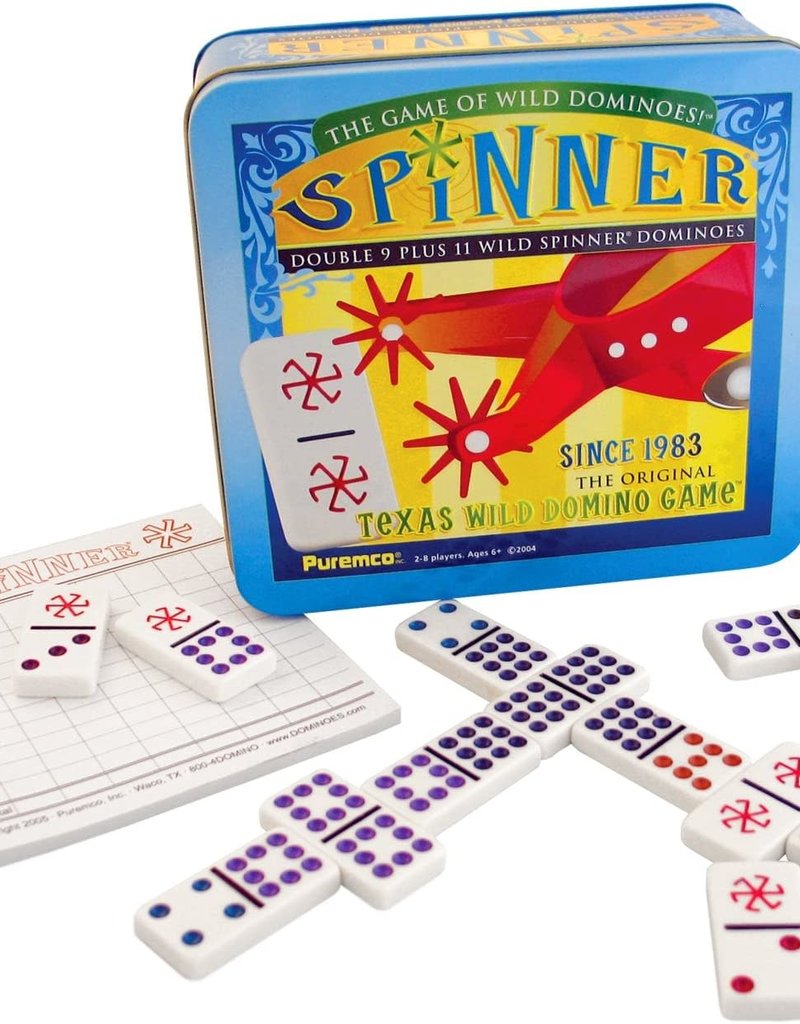 Sometimes when you’re playing dominoes, things can get a little wild! Spinner is the only domino game with wild dominoes that can be played as any number. A dynamic Double 9 Domino game plus 11 Spinner wild dominoes, Spinner is a great combination of other domino games, for a fun and exciting variation on traditional dominoes. An exciting and extremely popular game invented by Dr. & Mrs. Edna F. Graham of Abilene, Texas in 1983, Spinner has been exclusively manufactured and distributed for more than 30 years by Puremco Inc., which is now part of the University Games family. This sturdy tin contains 55 standard size dominoes with colored dots and 11 extra Spinner dominoes emblazoned with the bold Spinner symbol, plus a Spinner score pad and instructions.