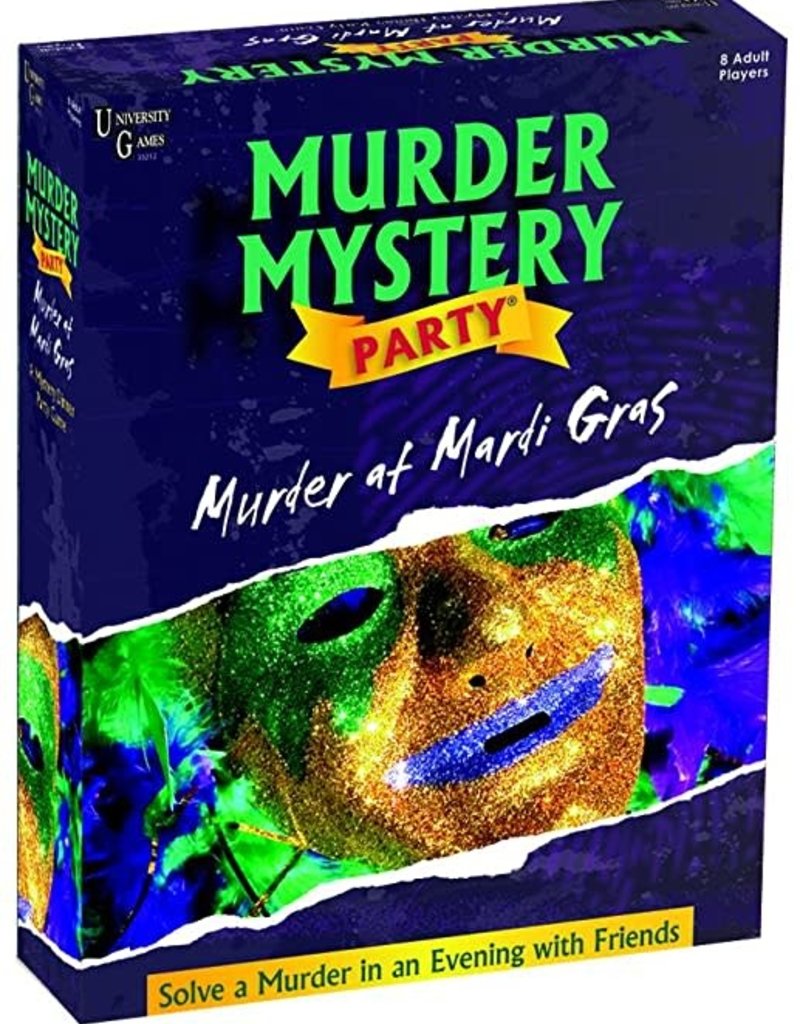 ​New Orleans' most prominent neighborhood has been rocked with the murder of an elite member of its circle, Pierre DuPre, King of the Krewe, was found strangled by an extremely expensive set of Mardi Gras beads. The party revelers must put down their Hurricane drinks and feathered boas to determine the murderer. Solving the mystery of Pierre's death requires all guests to remove their masquerade masks and reveal their vulnerability.

In 1985, University Games introduced the Murder Mystery Party to the world as its first game. Years later, these parties-in-a-box still include everything players needs to solve a murder during an evening with friends.