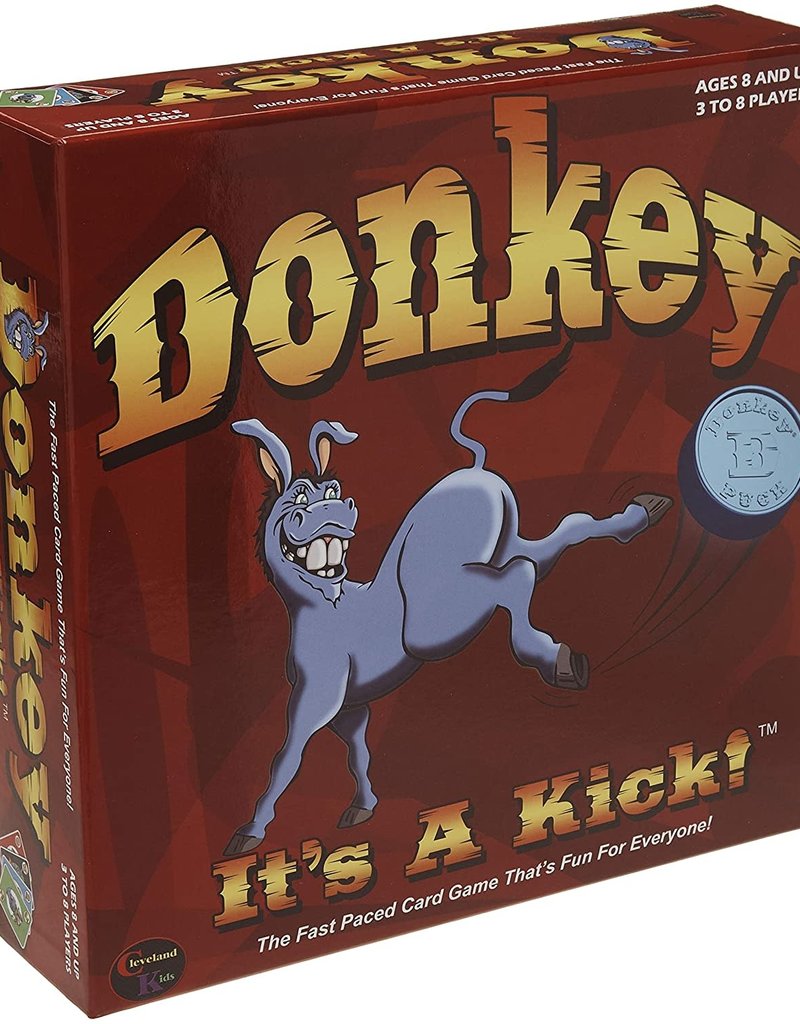 Donkey It's a Kick!

1. Place one less puck in the middle of the table than there are players.
2. Dealer reads aloud the instructions on the Kicker Card, which will explain the challenge for this round of play. Dealer then deals the PLAYING CARDS accordingly.
3. While fulfilling the challenge of the Kicker Card, each player races to get the qualifying hand to grab the first puck from the table. If a player grabs a puck, each remaining player must quickly try to grab a puck. One player will come up short. That player scores the letter "D" on their score card.
5. Once a player's score card spells D-O-N-K-E-Y, that player is officially out of the game, but is allowed to remain in play and wreak havoc on the remaining players in an effort to take them down with him.

You won't get bored with this game! Each Kicker Card challenge makes every round unique! In addition, players get to "police" other players and give them an unwanted letter score if they "slip up." Seasoned players of 8 or even 9 at a table will have this game over in 45 minutes or less! Once there's a D-O-N-K-E-Y in the game, the players start dropping like flies. There may only be one champion, but everyone walks away a winner with this game! Absolutely as much fun to lose as it is to win!